It is too often forgotten that the founders of Memphis gave the community an easement for public use to a large tract of land known as the Public Promenade. The area includes what is now the whole waterfront between Beale and the A.W. Willis Bridge, including the west side of Front Street. The Promenade has been obscured in lawsuits over use and ownership for decades, including a 1955 Tennessee Supreme Court definition of air rights when parking garages were to be built on the river front. Today, The Riverfront Development Commission is under contract by the City of Memphis to oversee and protect the City’s interest for part of the City’s riverfront, but not all of the original public easement of the Promenade.

Confederate Park Front St.
It is home to the Memphis Redbirds, the AAA affiliate of the St. Louis Cardinals, and the Memphis Grizzlies NBA team.


Downtown is the oldest part of the city and includes the riverfront and the bluffs overlooking the Mississippi river. The founders of Memphis dedicated the riverfront to the public "now and forever" as long as the public use continued. The land overlooking the riverfront was originally planned to become a "public promenade" to be called Mississippi Row. The upper riverfront became the site of the river landing where steamboats were loaded with cotton and other goods in the 19th and early 20th centuries. Between 1844 and 1886 the river landing was paved with limestone and granite cobblestones brought in from the upper Midwest. This created what is today the largest intact Mississippi River landing still in existence, and is listed on the National Register of Historic Places.[1] The explosion of the steamboat Sultana in 1865 near Memphis was one of the worst marine disasters in history.

The Memphis river landing (1906)
There are several historic residences downtown, particularly in the Victorian Village neighborhood. Other historic homes include the Hunt-Phelan House (1830), the Magevney House (ca. 1835) and the Burkle Estate (1849). The Burkle home and the Hunt Phelan House (533 Beale Street) were reputed to have been part of the underground railroad by which escaped slaves made their way to freedom prior to the Civil War.

Memphis Queen
Downtown Airport:
In 1959, the Memphis Downtown Airport was opened on Mud Island, which at that time was called City Island. The one-runway airport could be reached by a pontoon-boat ferry and was used mostly by businessmen and shoppers. The Downtown Airport was closed in 1970. It was replaced in the 1990's by the new urbanist Harbor Town development.
Buildings: 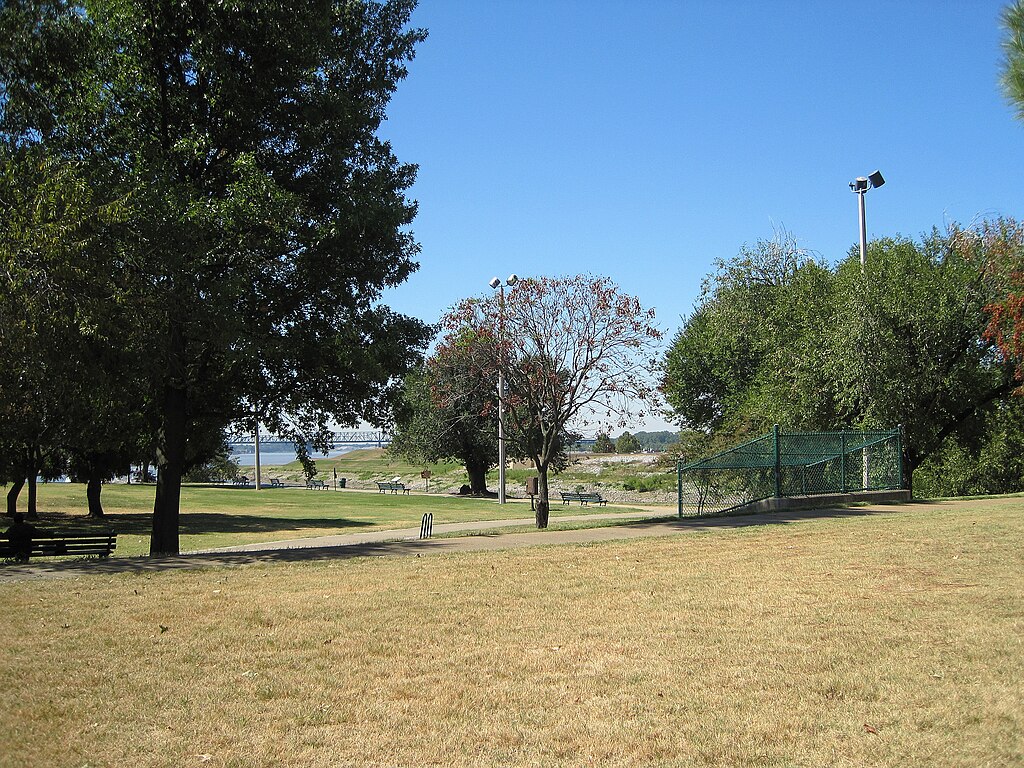 Jefferson Davis Park
The Downtown Memphis skyline contains the tallest buildings in the city. The tallest building in Memphis, 100 North Main, is located at the heart of downtown along Main Street at Adams Ave and rises to 430 ft (131m). Some notable and/or historic downtown buildings are:
Downtown Memphis consists of 8.4 million square feet (780,000 square meters) of office space, around 1 million square feet (93,000 square meters) of retail space, 3,456 hotel rooms, and 13,400 housing units.

Beale Street Landing
Downtown Core is the heart of the central business district and includes the majority of office space, retail, entertainment and dining spaces. It is a popular regional destination for entertainment, dining, and tourism and includes attractions such as Beale Street, FedExForum, AutoZone Park, and the Peabody Hotel.

Mississippi River Greenbelt Park
Points of interest along the riverfront

Posted by Palmer at 5:34 PM No comments:

Charlie Sciara Produce was started in 1941 by Charlie Sciara. He began by selling fruits and vegetables on a small scale in the Memphis area. Charlie grew the business over the years and in 1972 moved to his first warehouse in downtown Memphis.

After completing his pharmacy degree and practicing for several years, Charlie’s son, Pete joined the business as President. Having grown up in the business, this was an easy transition. Following the death of his father, Pete took over the business, now called Charlie Sciara & Son Produce Company, Inc. As the number of restaurants in the Memphis area increased, so did the need for more warehouse space. Sciara Produce moved to a larger warehouse in Midtown Memphis to accommodate the needs of its customers. More employees were hired as the business expanded.

In 1988, growing with an ever increasing foodservice market, Sciara Produce moved to its current location in Southeast Memphis. Almost tripling its warehouse and cold-storage size, Sciara was able to provide its customers with even greater service. At this time Sciara was able to expand prepared produce items which allowed restaurants to save time and labor costs on prepared produce items.

Presently, Sciara Produce is growing with the industry as it evolves. As an approved distributor for several managed produce programs, we are inspected by a third party inspection service. We have an on-site laboratory with a microbiologist. We take pride in our commitment to quality and detail!

Posted by Palmer at 4:43 PM No comments:

D. Canale & Company was founded in 1866 by Italian-American immigrant Domenico Canale. Domenico began working for his uncle, Abraham Vaccaro, who ran A. Vaccero & Co., a wholesale liquor and wine business. Within 5 years he had saved enough to start his own distributing business. Domenico died in 1919 and the company passed down to his eldest son, John D, and then to John D. Jr. Liquor and Beer sales ended during Prohibition, but once the law was repealed, the company continued with Old Dominick whiskey for a time, but eventually shifted its interest to the distribution of beer and produce only. Through the next several years, D. Canale & Co. became the largest produce distributor in the South.

Domenico 'Dominic' Canale (born in 1843), also known as D. Canale, was an Italian-American immigrant who founded the D. Canale & Co. distributorship in Memphis, Tennessee that became the largest distributor of produce throughout the Southern United States and the primary beer distributor for the Mid-South region. 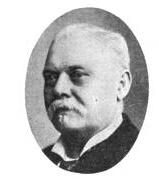 Domenico was from San Pietro di Rovereto, a community within the municipality of Zoagli along the Italian Riviera, approximately 40 km southeast of Genoa. The son of Giovanni Canale and A. Vaccaro, Domenico sailed to America in February 1859 at sixteen years old. He landed in New Orleans after a 65-day voyage, and boarded the steamboat John Simon up the Mississippi River and settled in Memphis, Tennessee.

D. Canale Storefront on Main Street in Memphis, TN.
Soon after arriving to Memphis in May 1859, Domenico began working for his uncle, who ran a thriving wholesale liquor business. In 1866, Domenico saved up enough money to start up his own produce distribution business, "D. Canale & Co.," which grew considerably throughout the Southern United States as he imported fruits from around the world. The company also packaged and distributed a fine bourbon whiskey called “Old Dominick,” and a number of beers including Pabst Blue Ribbon and Champagne Velvet. It was a natural extension for a produce house to distribute beer, since beer at that time was not pasteurized, and produce houses had refrigeration. 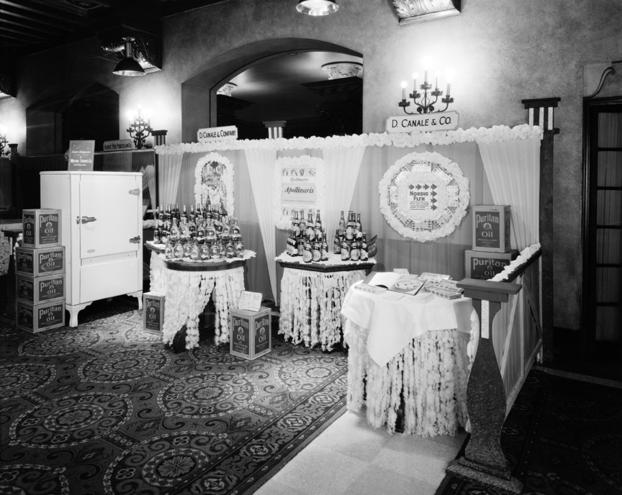 Liquor and beer sales ended during Prohibition, but once the law was repealed, the company shifted its interest to the distribution of beer and produce only. Through the next several years, D. Canale & Co. became the largest produce distributor in the South.

The Southern Historical Association's 1905 book, Notable Men of Tennessee, which profiled prominent Tennesseans at the turn of the 20th Century, observed that "Mr. Canale is what is rightly termed a self-made man, and has won his position in the social and commercial life of Memphis by his industry, his native ability and the exercise of correct business principles." In 1869, D. Canale married Catherine Solari (1850–1923), the sister of Mary Solari, the famous Italian-American painter and first woman admitted to the Accademia di Belle Arti in Florence, Italy. Catherine and Domenico had eight children (5 sons and 3 daughters): John D., Andrew, Anthony, James, Annie (Welsh), Ester (Hoffman), Catherine, and George.[1] Notable Men of Tennessee also remarked that "[Domenico] is prouder of having rightly reared eight children than he is of his splendid success in business."

D. Canale & Co. Modern Storefront
Following Domenico's death in 1919, the D. Canale & Co. passed down to Domenico's eldest son, John D., and then to John D. Canale Jr. In 1956, D. Canale & Co. sold the produce division, and the company entered the institutional food business. In 1965, a restaurant material business was added, and another food broker was acquired, making D. Canale a force in the institutional food business with distribution in a five-state area.
In 1982, the food and beer business was spun off from the parent company and D. Canale Food Services and D. Canale Beverages were formed. John D. Canale III became president of Food Services and Chris W. Canale became Chairman of D. Canale Beverages. In 1999, D. Canale Food Services was sold to Sara Lee.
D. Canale Beverages, with a payroll of over 200 employees, sold over 5 million cases of Anheuser-Busch products annually and had a gross revenue of $80 million in 2009. Over many decades, it was the primary beer distributor for the Mid-South. 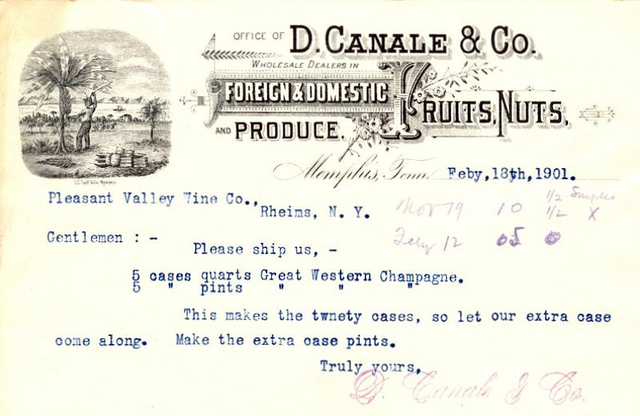 In September 2010, D. Canale & Co. sold its beer distributing business to the Hand Family Beverage Company of Clarksville, TN. D. Canale, a staple of the Mid-South economy for 144 years as one of the oldest businesses in Memphis, is now known as Hand Family Beverage dba Budweiser of Memphis.

During the late 1950’s, early 1960’s, private citizens of Memphis raised money for a Memorial for those that fought in World War II and the Korean War. After considering many different designs they picked a modern stainless steel fountain to be erected in front of the Front Street Post office [now the University of Memphis Law School]. Besides mixed feelings from the public, the fountain also had other problems. During the cold months a solid sheet of ice would form on the sidewalks from the spray. Soap suds were dumped into it and the bubbles would cover the street and street lights. The homeless would bathe and wash clothes in the fountain and children would jump into the fountain and play in it like it was a kiddy pool. An iron fence was placed around the fountain to stop these actions, but to no avail. The city ordered the fountain removed and taken to the Goldsmith Botanic Gardens where the memorial could be enjoyed. Like a lot of things in Memphis, the fountain was taken down but it either never made it to the gardens or was taken down shortly after. Its current whereabouts are still in question. Today we have Veterans’ Plaza at Overton Park to honor those from Shelby County that fought and died for their country.

At the corner of Third and Gayoso (today the site of the Peabody Place Mall), once stood this automobile dealership which changed the face of the industry. Horace Hull, James "Jimmy" Dobbs, and Chick Kensinger did much to create the style of selling of new and used automobiles by dealers in the past and present. At their Hull-Dobbs-Kensinger Ford Agency in Memphis, they developed a high-pressure selling technique called "The System," also known as "The Drill." Most of today's successful dealers have long abandoned that squeeze-the-consumer sales approach. It started in the 1930s, before the nation was fighting in World War II. New-car customers were as hard to find as new cars during those times. To keep their business going, Hull, Dobbs, and Kensinger figured they had to keep a loyal, motivated sales staff. To do that, they did a seemingly good thing. They turned to profit sharing, allowing their salespeople to retain a share of the profits from every car and truck sold. Today the company is no longer in business under the Dobbs name. The family sold out years ago to a mega dealership.